My speaking engagements range from multi-day courses (i.e. business development training, self-defense training, etc.), to 20 minute TEDx talks, to special assignments such as panel moderation, master of ceremonies, and conference keynote speeches.My preference is to work with my clients to customize an engagement that suits their needs. Here are some sample topics that have been popular in the past.

Buyer behaviors are changing daily in response to Covid-19, new communication methodologies, from ZOOM meetings to Insta-stories to LinkedIn groups. Smart organizations (both retail and b2b) are in the mix, engaged online and offline with their audiences and their audiences' centres of influence. However, with the proliferation of online and offline media, some interesting phenomena are occurring.

More than ever before:

During this session you will learn how to:‍

Participants will gain strategic growth insights that can be leveraged to organically grow into new markets, cultivate work from existing clients and optimize marketing mix allocation/spend.

In early 2014, Jared Smith felt like he was in control of his destiny. His marketing business, Incite, was thriving with over 30 employees and clients across Canada. He was the Chair of the Mayor's Roundtable and held board positions with The U of A, the Entrepreneurs Organization, and the Edmonton Oilers' Community Foundation.

His family was healthy, he was a senior martial arts instructor and his future prospects felt strong. And then, one morning, he received a phone call - and everything changed. He suddenly found himself in unchartered waters. 12 months later, Jared and 10 of his closest friends were on a 5-day torture fest, fighting for their survival with a group of

Navy SEALs at a U.S. military training facility in San Diego. During this inspirational talk, Jared will tell us why he volunteered for this madness and how it helped to reshape his perspective in life.

Led by the exponential rise of new technology, businesses are experiencing an increasingly fast-changing and competitive environment.

“Planning Forward” will provide participants with a unique perspective on how to future-proof their businesses in order to remain competitive, viable, and sustainable.

Jared Smith, the session leader, brings a wealth of experience, knowledge, and wisdom to organizations, small and large that attend his seminars. His unique presentation style encourages participants to evaluate their strengths and better understand the value they bring to their customers.

Designed for those of us who have an entrepreneurial mindset, Jared will lead participants through content and exercises that:

The world of professional selling is not what it used to be. Cold calls and direct advertising don't deliver the results they once did. Gone are the days where dog-and-pony shows won bids and hockey tickets were enough to seal the deal.Your clients have become more discerning, more sophisticated, and less trusting than ever before.

Those who fail to establish themselves as trusted advisors with strong client relationships are likely to find themselves becoming an undifferentiated, commoditized service provider forced to compete on price.

Jared Smith has 20+ years of experience both selling professional services (Jared was the founder, owner and Partner in charge of Business Development for InciteMarketing) and advising senior leaders and their sales teams. Jared has also acted ina sales and fund development role for numerous non-profits including the U of A School of Business, the Glenrose Foundation and the Stollery Children's Foundation.Leveraging this experience, Jared will take participants through a workshop and series of one-on-one coaching sessions that will result in the creation of a personal business development plan that includes (but is not limited to):

For 20 years, Jared Smith, a Canadian-based business advisor, professional speaker, martial artist, and community ambassador, has been guiding various organizations across different industries. His most valuable contributions are in the realms of business development, relationship building, and growth strategy. Known for his work with purpose-driven leaders, organizations and social-impact projects, Jared has also cultivated other passions and is an accomplished adventure seeker, self-defense instructor, motivational speaker, and published author. 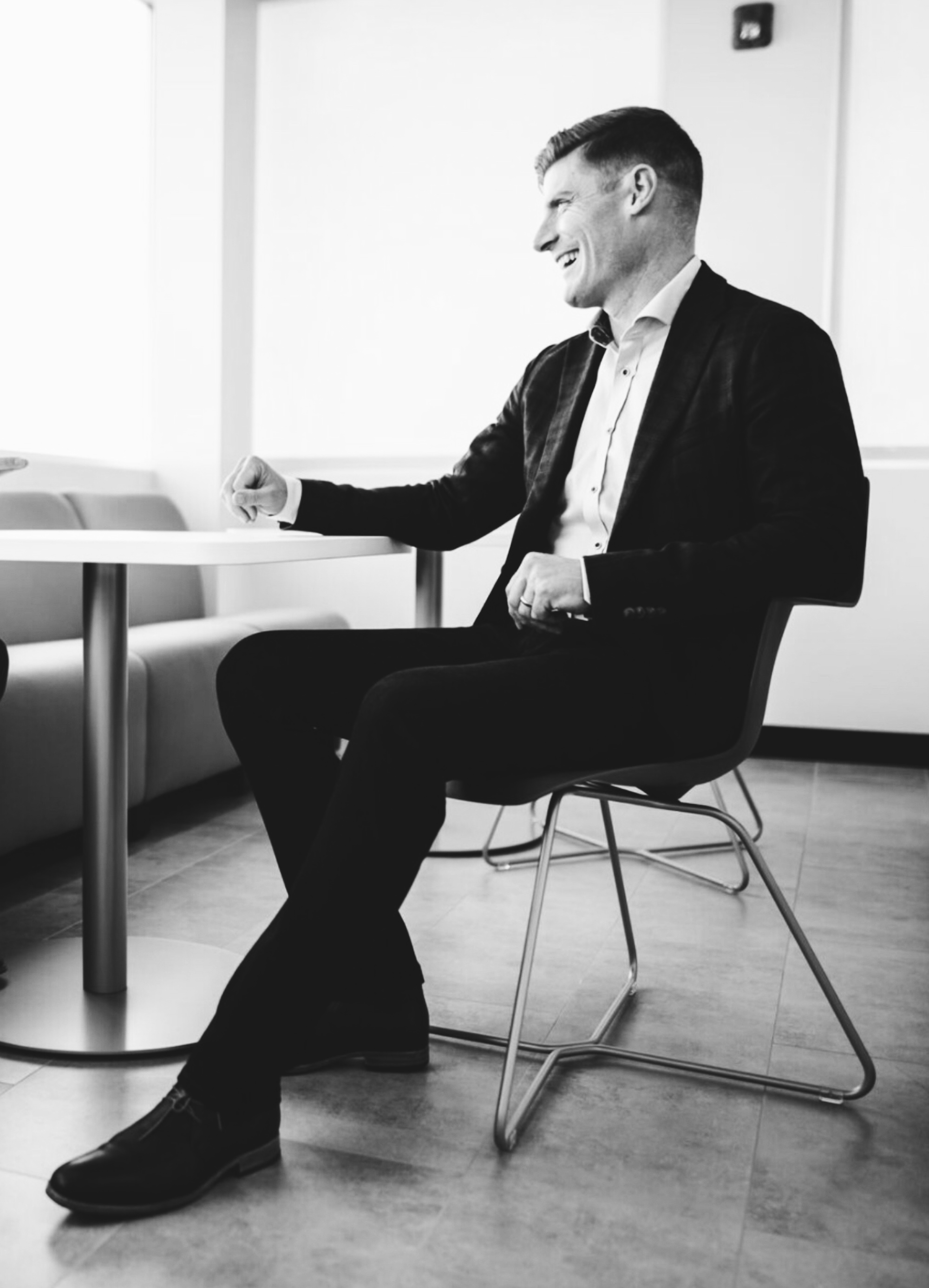